On the 7th of June 2016, the Minister of Industry Abdesalem BOUCHOUAREB and the President, Managing Director of the Group IMETAL  Mr. Ahmed Yazid TOUATI inaugurated MARTIMETAL plant for the manufacture of the three-dimensional tubular metal framework in Batna.

The EPE MARTIMETAL (Joint Stock Company) with a share capital of 600 million dinars is a mixed company, 51% belongs to IMETAL and 49% to the Portuguese company MARTTIFER Metal Construction. This latter is a global specialist in the realization of stadiums and sport facilities.

The tubular metal framework process is new in Algeria and MARTIMETAL will bring its know-how in the field through this equipped plant with modern technology where works had commenced in November 2014 on the foundation of a structure that belongs to BATIMETAL.

The overall cost of the project amounts to 2 billion dinars. MARTIMETAL factory covers an area of 30000 m2 for a production capacity of 20 000 tons a year. It has 250 employees and can employ 450 at its optimal operating.

The three dimensional tubular steel profile products are intended for big sport construction projects, such as football stadiums, multi-purpose arenas of large sizes, swimming pools and other sport facilities, as well as shopping centres, airports and other types of projects.

Contracted projects by MARTIMETAL are: 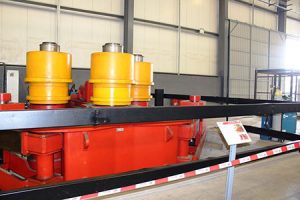 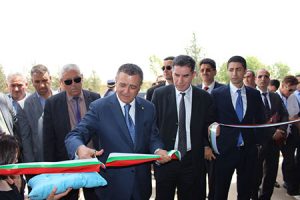 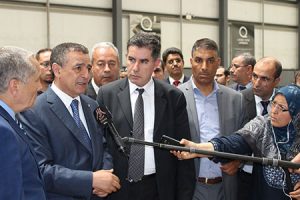 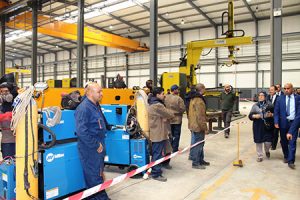