On Monday 3rd April  2017 and on the margins of the official opening of the 4th edition of the National Inversed Subcontracting Fair “SANIST 2017”, which took place at SAFEX, and in the presence of the PME General Director at the Ministry of Industry and Mines, Mr Abdelghani MEBAREK, two MOU’s of subcontracting at a high economic impact were signed between SEAAL “La Société des Eaux et de l’Assainissement d’Alger” – Algiers Water and Sanitation Company – and two of our companies namely ALFEL, Algeria Fondry El Harrach (FONDAL unit) and ALIECO, Algerian Industrial Equipment Company (ENCC unit).

The second MOU was signed by the Director of ALIECO unit, Mr. Hakim GORMIT and Mr. Jean Mark JAHN for expertise, preventive and curative maintenance as well as rehabilitation of SEAAL cranes. 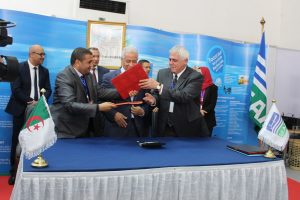 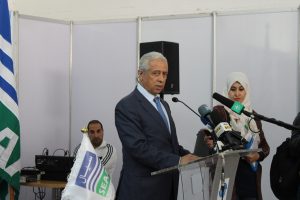 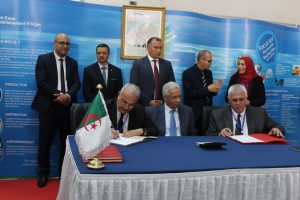 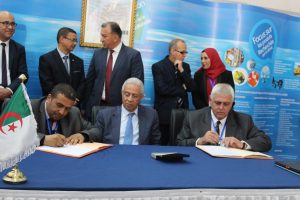